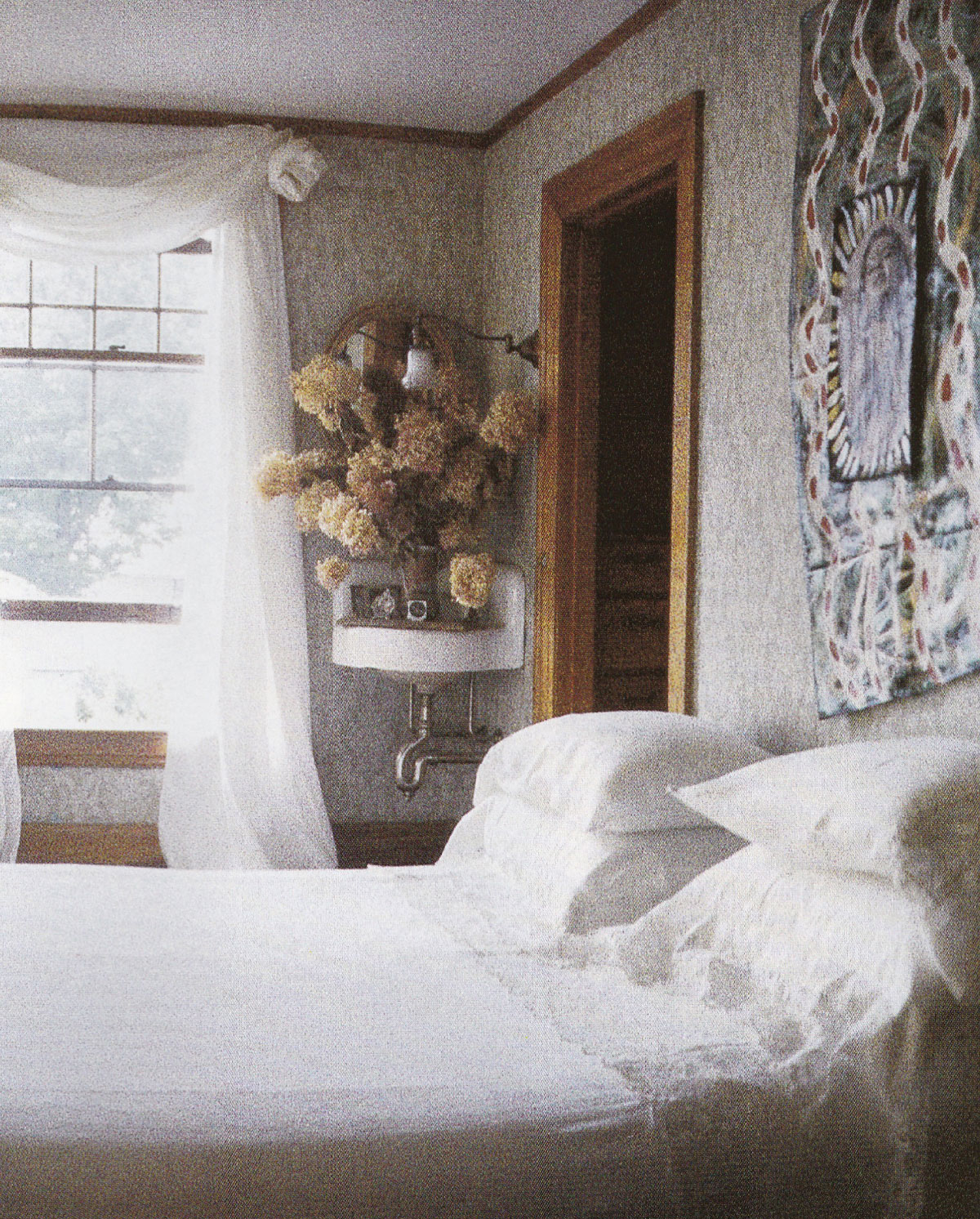 This Is How ANICHINI Began

In 1976 two young women met in Tunbridge, Vermont at a family wedding. Little did they know that this chance meeting would change the course of not only their lives, but of textiles in America.

The two shared a passion for vintage clothing, antiques, and art. They were both collectors of people and things. Their names were Susan and Patrizia. 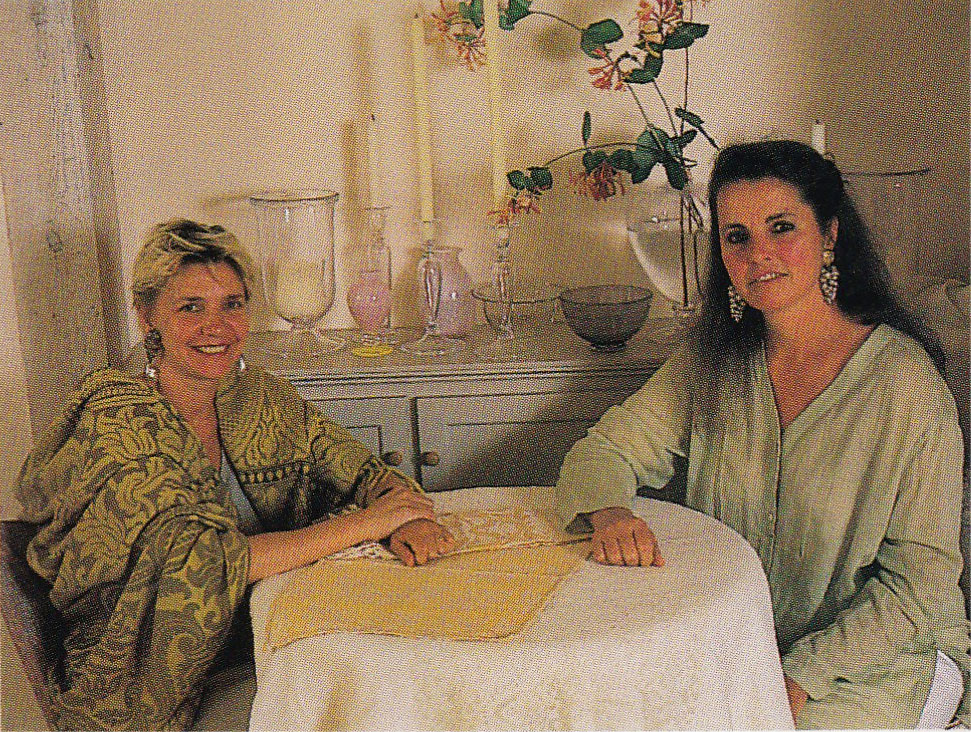 Soon after that meeting, the two decided to join forces and pursue their passion for textiles. Susan traveled to New York City with a suitcase of things she had collected and sought to sell them to shops and collectors. She soon found that there was indeed a market for these things.

Susan bought a baby blue milk truck to transport the goods from Vermont to New York. It was retrofitted to accommodate vintage clothing and larger textiles pieces which had to be hung. There was also enough room for larger pieces of furniture. Often times, they would sell directly from the truck.

Not long after that, the two acquired a loft in New York in the east 20’s. They lived and worked in the space. By day it was a bohemian style showroom, by night it was a bedroom. Long before the days of the internet, the clientele of socialites and celebrities were attracted by the offbeat but beautiful merchandise. Shows were put together; Japanese kimonos, African art and fabrics, vintage clothing and accessories, etc. The marketing was done via mailed post cards. The two women discussed a name and it was decided that it would be called
Anichini Gallery. 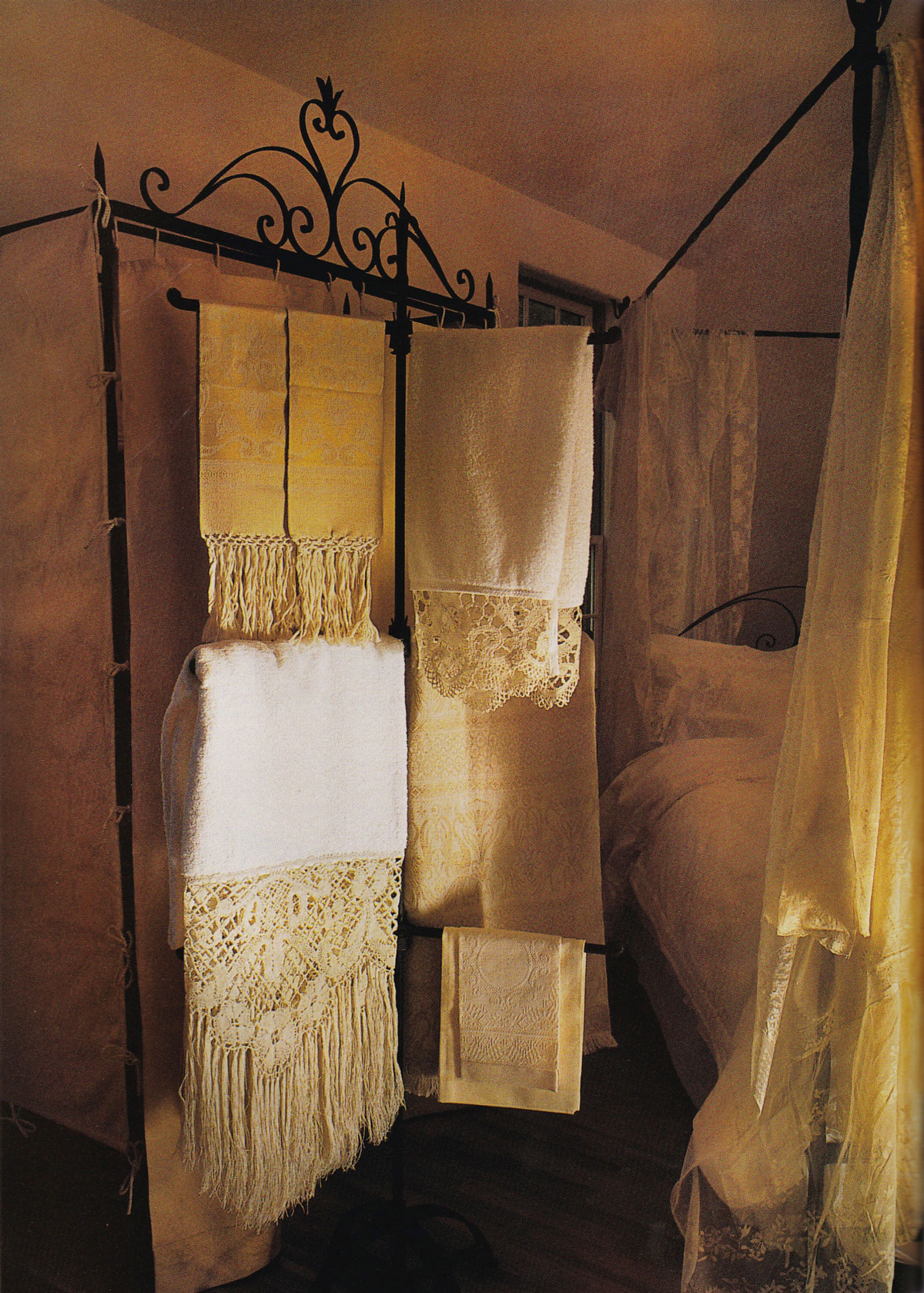 One of the customers was the owner of Barney’s. She was just about to open the now famous home store. She purchased vintage and antique home furnishings and asked that the two young women participate in the opening of the store. In 1981, Anichini had a small boutique in that new store. It was also the year the company was incorporated in NYC under a new name, Anichini La Collezione.

This was the age of Victoria Magazine, there was a demand for products that had a nostalgic essence.

Soon after this, Susan went to Venice to the island of Burano and found women still making home textiles by hand. She bought several sets and brought them back to New York. Patrizia, who was Italian, returned to her roots near Florence and began to source more products which were made in Italy, but had the look and feel of antiques. This was the age of Victoria Magazine, there was a demand for products that had a nostalgic essence. The two also began to have women sewing for them in their New York loft, adding antique embellishments to new fabrics. 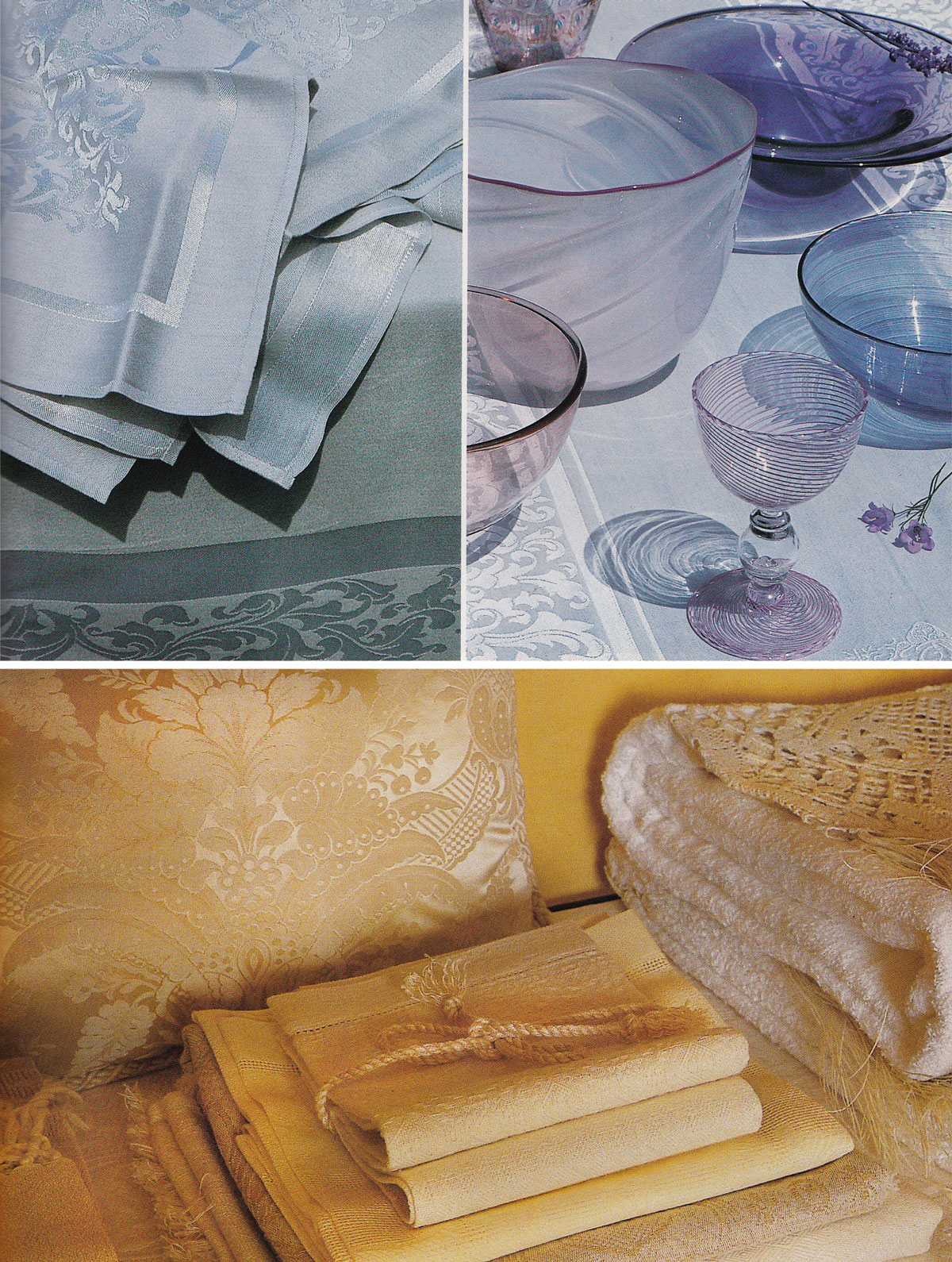 It was at this point that Susan and Patrizia decided that they needed a more official showroom space. They found a space at 150 Fifth Avenue. All of this took place well before the gentrification of what is now the Flat Iron District. Here they began to market to designers. They tried their first trade shows. In 1984 they participated in what is now the Accent On Design show associated with the gift markets twice a year. They became wholesalers of these lovely products that had not been seen in the US before then. For example, Anichini was the first to bring the now ubiquitous matelassés into the American marketplace. This was a direct evolution from the antique pieces they had sold all along. 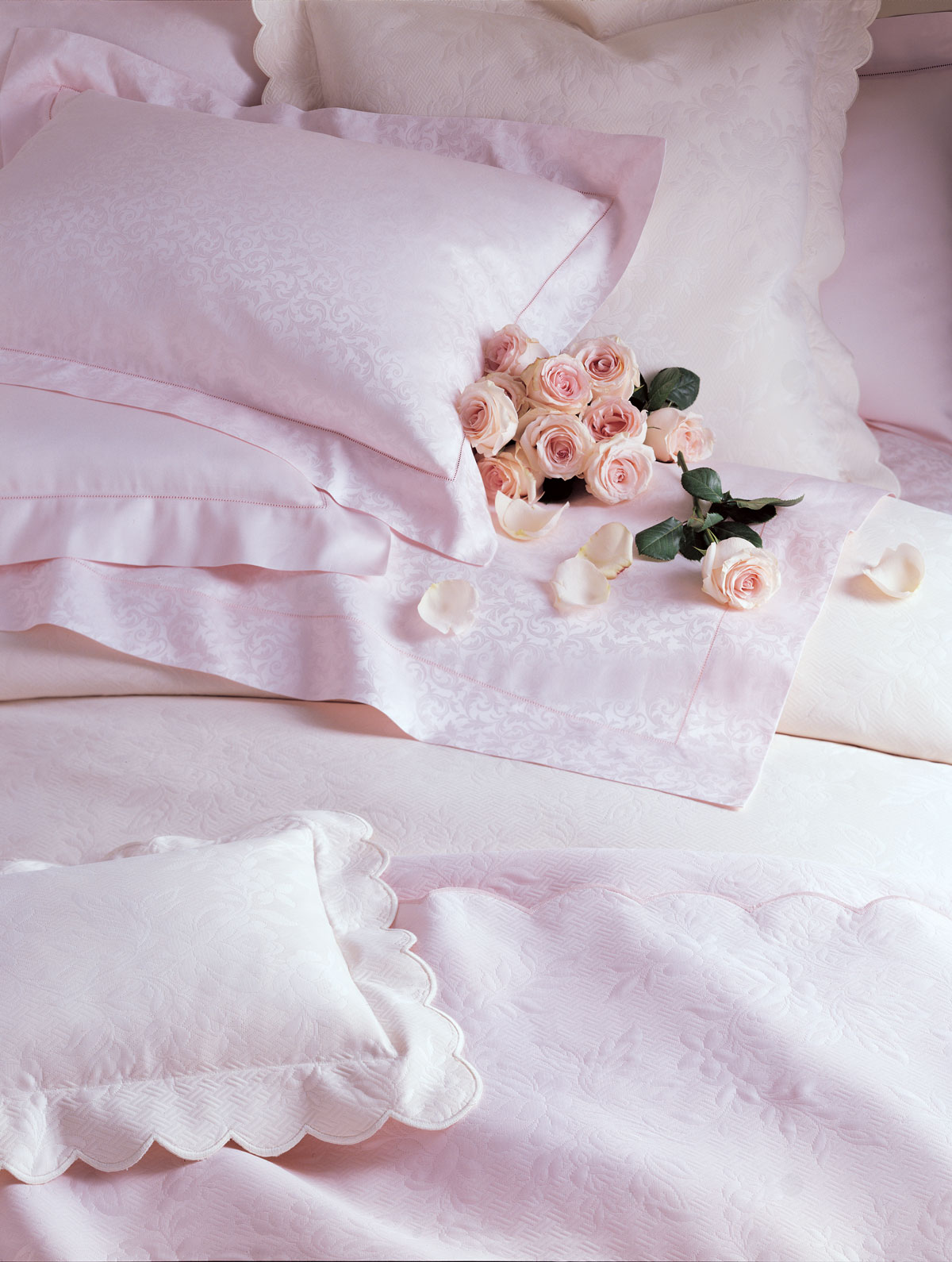 In 1985, Susan became pregnant with twins. The commute from Vermont to New York City was no longer possible. So in 1986, Anichini Inc. was created to manufacture and distribute the Italian reproductions of the antique textiles, and the headquarters were moved to Vermont.

This was the beginning of the current incarnation of Anichini. 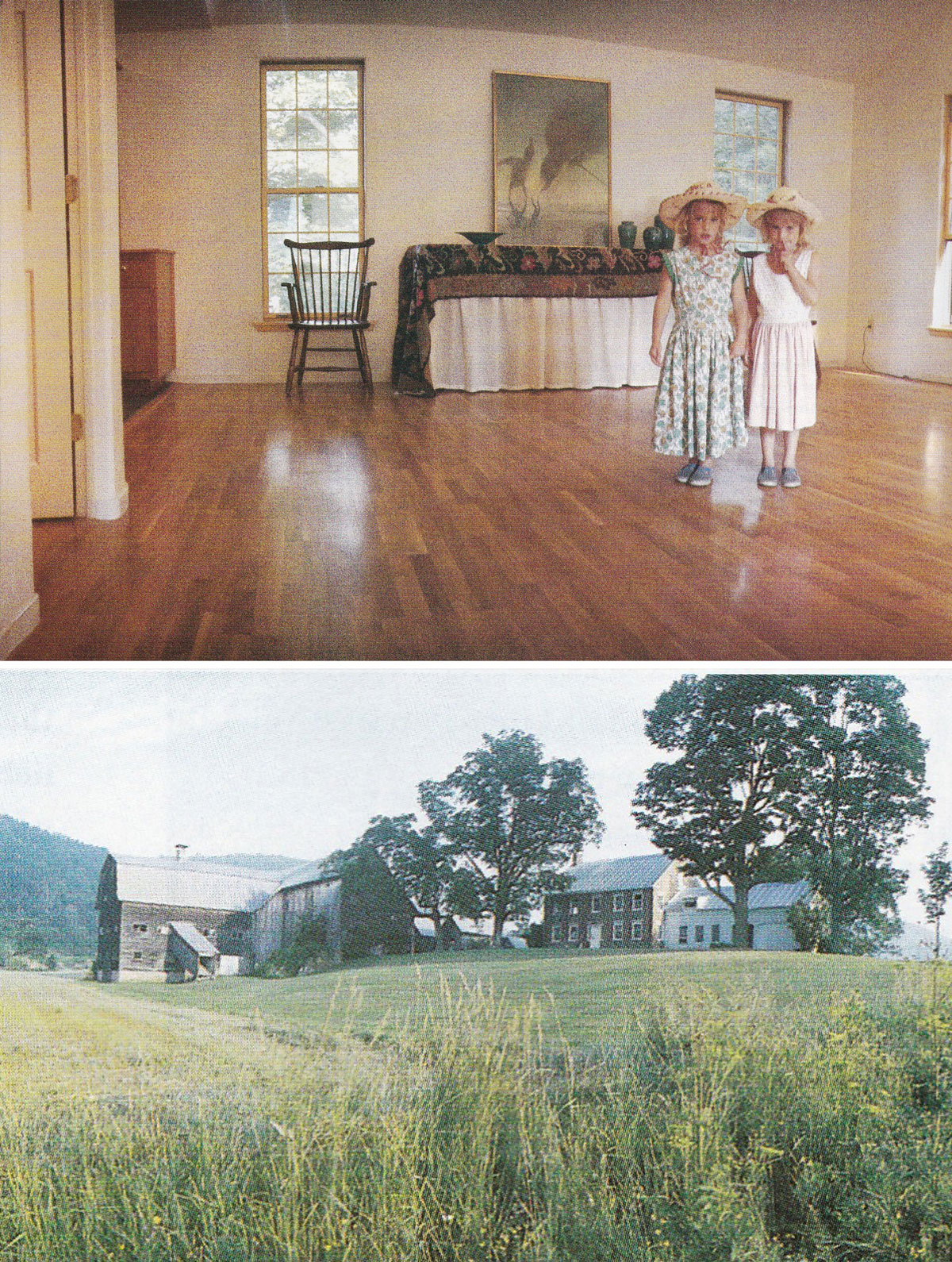 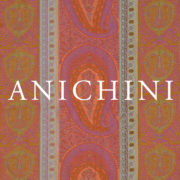