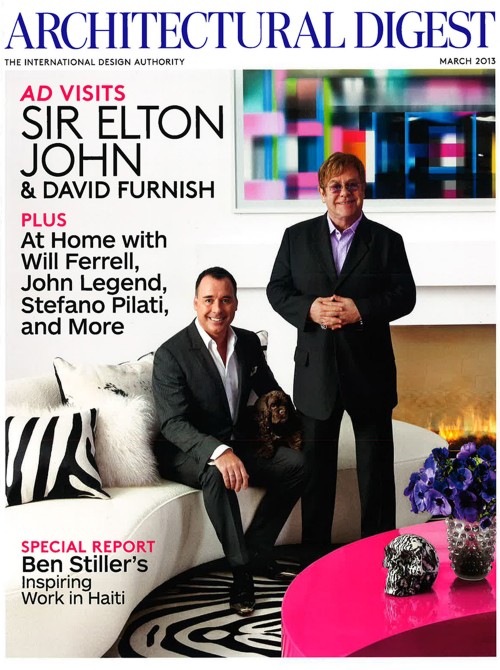 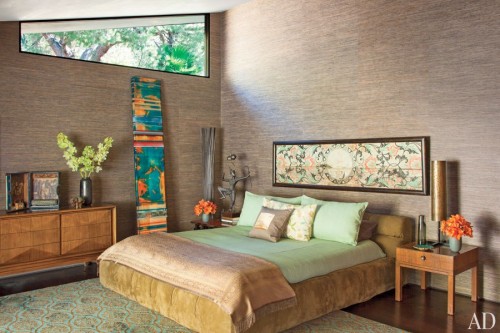 When nine-time Grammy Award–winning singer and songwriter John Legend sought to create the perfect California home for he and his fiancé, model Christine Teigen, he sought the help of Don Stewart, of the L.A. design firm Desiderata Design. The home, a 1960’s midcentury modern house in the Hollywood Hills, had been renovated within the past decade but was out of sync with Legend’s and Teigen’s tastes. To bring the couple’s style to the home, a blend of tailored chic and earthy casual, Stewart sought to layer materials throughout, mixing rugged and refined.

An emphasis on tactile natural materials is found throughout and influences the master suite. The walls are covered with a seagrass wallcovering, lending an earthy depth to the room. The bedding is made from ANICHINI’s handloomed Ottoman silk in seafoam, a rustic ribbed fabric in a fresh yet tranquil green. At the foot of the bed lies an ANICHINI Akbar throw in truffle. Intricately handloomed of silk and wool it is a rare find – it can take up to a day to weave just one foot.

The resulting home is an approachable and sophisticated mix which exudes California cool, a veritable Shangri La which embodies the Los Angeles alfresco lifestyle.