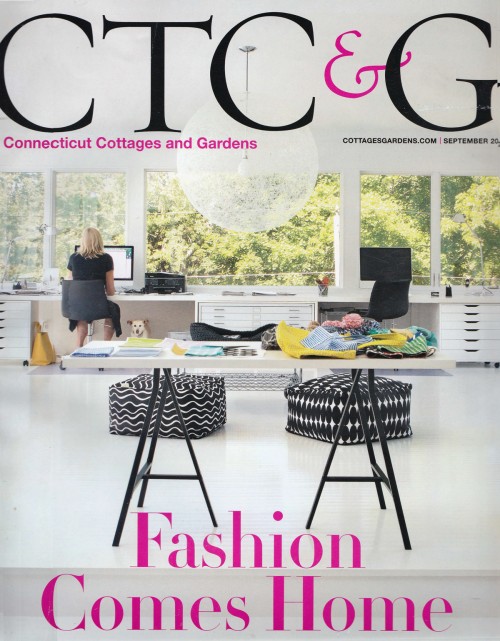 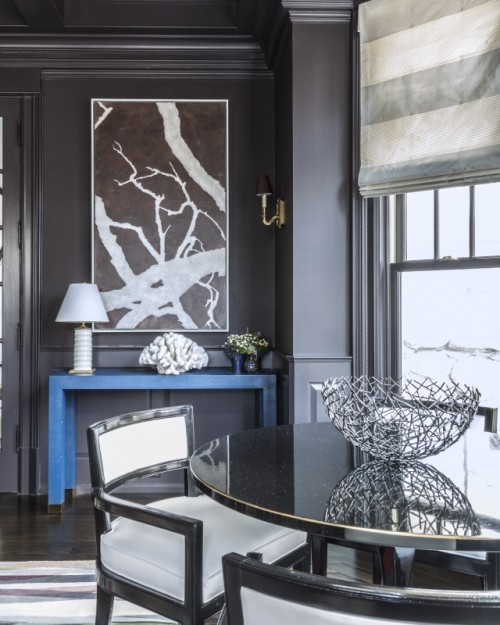 When a Manhattan couple relocated to Greenwich, Connecticut in 2012 they chose Sex in the City set decorators, Lydia Marks and Lisa Frantz, to recreate the quirky-cool opulence of Carrie Bradshaw’s interiors. Marks and Frantz, who used ANICHINI extensively throughout the Sex in the City series and films, chose it again for the couples’ home.

Fast forward to today and the couple has moved again. The new home is featured in this month’s issue of Connecticut Cottages & Gardens. For the designers’ second collaboration with the client, they were charged with updating the interior of a classic Colonial into something a little more bold and unpredictable. “We wanted to do Greenwich, but in a funky way. We carried over a lot of what we had [from the previous house] and tried to be resourceful,” says Frantz. “We pulled together classic looks and shapes because the house called for it, then we put it together in a more contemporary fashion.” 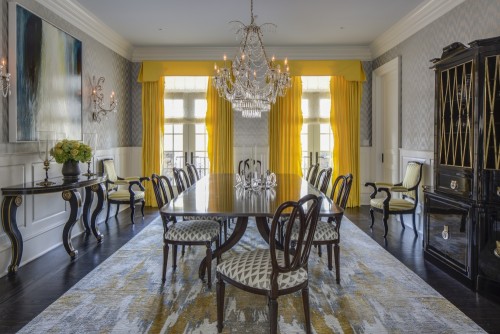 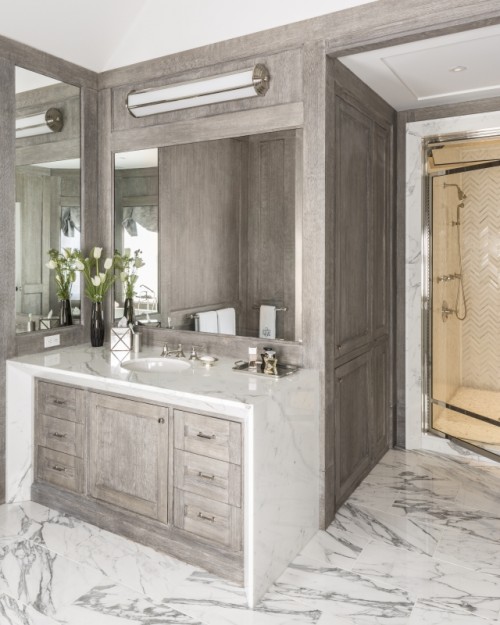 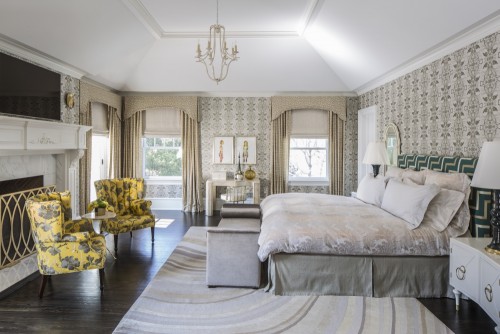 With it’s ombré shading and super-sized Renaissance pattern, Anichini’s  Marte bedding answered the couples desire for unusual color combinations and an interesting mix of materials in the bedroom. Marte turns a rather predictable Italianate design into something fresh and contemporary.

“Because of our work with character development and brand development both in print and television,” says Marks, “we’ve gotten adept to taking words people use to describe what they want to express in their homes and bringing those ideas into reality. We often use combinations people don’t necessarily think would work together—that’s where beauty comes in and personality starts.” 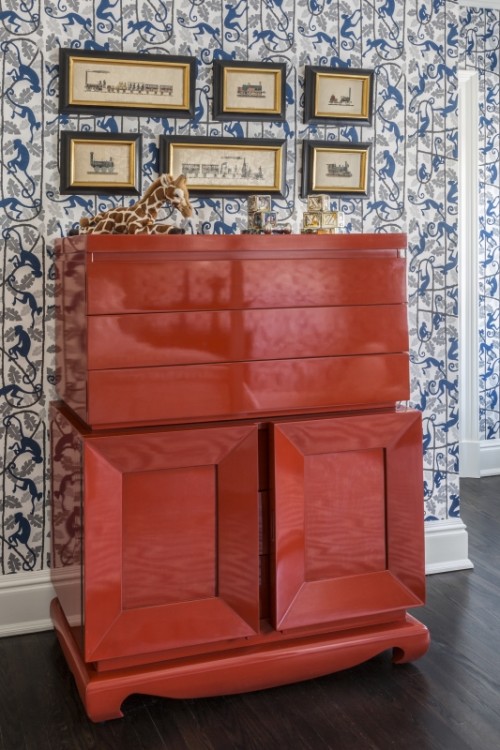 Also featured in the master bedroom are ANICHINI’s Raso bedding and a handloomed silk Kanishka bedskirt.
To see more of this inspired home visit Connecticut Cottages and Gardens and Marks and Frantz. Images and materials from these two sources.