“No matter what I do in a room, I like the idea that things have been collected over a lifetime, rather than just bought and installed.” 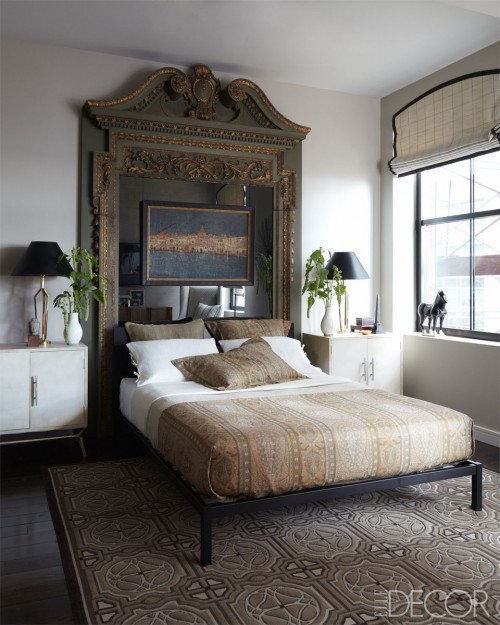 Matthew Patrick Smyth transforms a Manhattan apartment into a stylish urban oasis. The apartment, chosen by Hearst for its Designer Visions Show House, is in a former warehouse that dates from 1906. Working without clients, Smyth invented his own: “a couple, not very young, but maybe their kids were in college, and the apartment was a gift to themselves for a new chapter in their lives. They’ve done a lot of traveling, maybe took the Orient Express from Paris to Istanbul and kept going, and they’ve brought back pieces from their journeys. No matter what I do in a room, I like the idea that things have been collected over a lifetime, rather than just bought and installed.”

It was for this exotic, worldly feel that Smyth chose ANICHINI’s Taj bedding. The rich, paisley jacquard, coupled with the carved antique door frame, which heads the bed, perfectly conveys the feel of “world brought home” which Smyth tries to express throughout the apartment.

Persia, In A Class By Itself